Do you love to share your stories, too? Tell us why and get your content featured in this awesome site.

Tour Titans is a blogsite for travel bloggers and anyone who wish to get off the stress of life. Created by travel enthusiasts for wanderlusts, hopeless romantics, happy-go-luckies, introverts, to the most sanguine of people. Thank you for visiting our site.

If you talk about vintage and beautiful old places in the Philippines, the automatic response of the Filipino is the city of Vigan. Yes, Vigan!

Vigan City is the gem of the Ilocos region. It is one of the UNESCO World Heritage Sites in the Philippines due to the intact and preserved architectural fusion of Asian building design and European planning. It was also built around the influence of the Chinese and Mexican culture. This makes the city unique because of its explosion of culture in one place.

Strolling down Calle Crisologo of Vigan will bring you back to the Spanish colonial era. It is one of the museum cities in the Philippines where you can walk around and just be transported back in time. All around the city, you will find many old houses and museums that speak of many stories that transformed the nation. Stories of presidents, poets, history, and wars echo around the streets of Vigan. However, many Filipinos and tourists do not know that there is also a beautiful museum city other than Vigan.

Miles from the city of Vigan is the Visayan museum city of Silay. It is coined as the “Cradle of Negros Civilization” or the “Paris of Negros”. It has earned the title the Paris of Negros due to the number of artists, cultural shows, and is one of the cities in the Philippines that has the most preserved houses. In fact, there are thirty ancestral houses and of the thirty, twenty-nine is identified as National Treasures by National Historical Commission of the Philippines.

Silay City is part of Metro Bacolod. It is known as the second museum city next to Vigan and is home to many ancestral houses that stood against time. It is a cultural heritage site that not many fellow Filipinos know about.

It is the land where the first sugar barons in Negros resided. Most of the ancestral houses were the home of a powerful and rich persona in the sugar industry. What made these ancestral houses beautiful is how rich it was well-preserved and is almost unbothered by time. The ancestral houses reflect Spanish influences in their design and build. To strengthen knowledge about Filipino homage, many of these houses were turned into museums.

Not only is it famous for its ancestral houses, but it is also home to the only dome church in the entire Negros Occidental region. San Diego Cathedral is a Romanesque-style church designed by an Italian architect named Lucio Bernasconi. He designed the church’s layout in the shape of a Latin cross with a cupola above the nave. 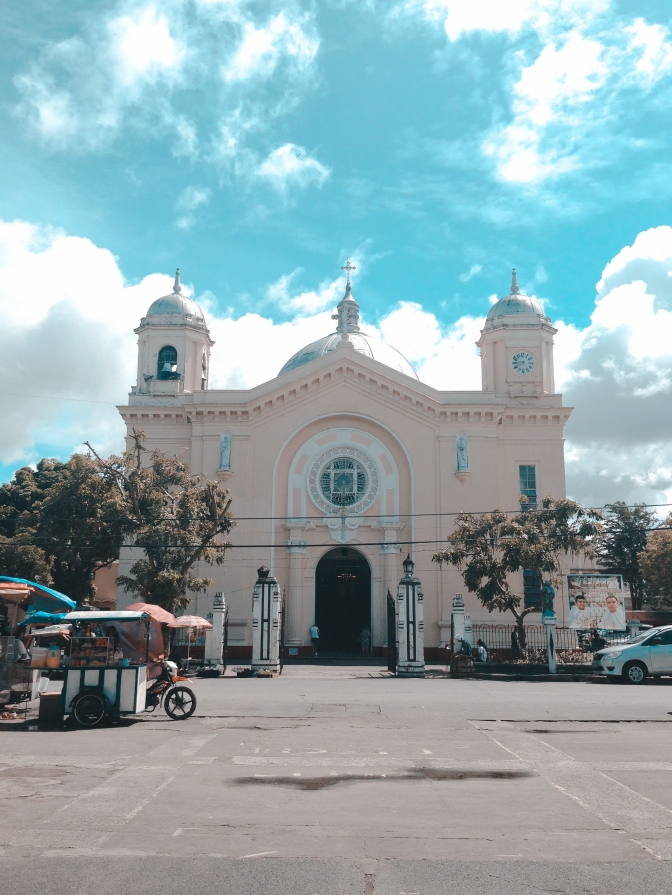 As a tourist, you can visit all the thirty ancestral houses in a day as these houses are just blocks away from each other. You can hire a tricycle or just walk from one place to the other. If you’re planning to visit,  you can stay at Bacolod or have a night in Silay City. Silay is just thirty minutes to an hour away from Bacolod.

In my adventure to Silay, we visited a few of the museums/ancestral houses as we only had a day to discover both Bacolod and Silay City before we head back to Iloilo. We needed to catch the ferry trip to Bacolod as the ferry leaves at 5:00PM.

Here are the places we visited and some facts about them:

Balay Negrense is the biggest ancestral houses among all the houses in Silay. It used to be the home of Victor F. Gaston, one of the pioneers of sugarcane cultivation in the Visayan region.

Now, Balay Negrense is known as one of the many haunted places in the Philippines. Many tourists told of their account on paranormal activities during their visit in the house.

However, for me, it’s just a beautiful house that tells many stories of the past. It is a house that witnessed the bequeathing of Filipino traditions and culture from one generation to the other. 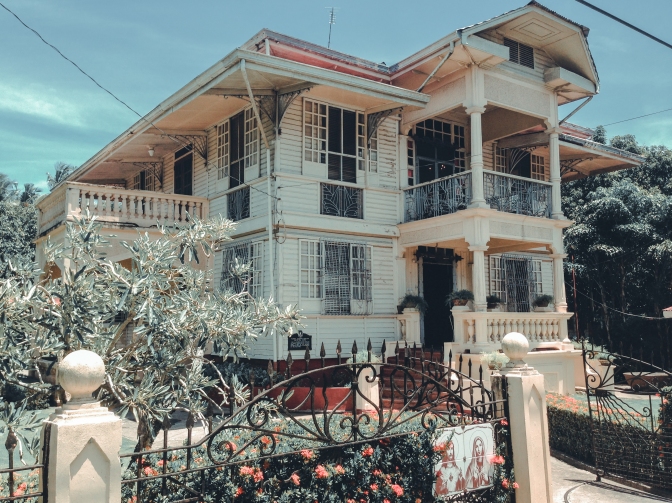 Hofileña Ancestral house is the first house to open as a museum in Silay City.  It opened as a museum in 1962 and is one of the few houses or maybe the only house that is still inhabited. The house was owned by the late Manuel Severino Hofileña. One of his children and heirs, Ramon Hofileña resides in their ancestral home and personally tours the guests.

When it was built around the 1930s, the architectural and artistic designs that were a fad were Art Deco and Art Nouveau. This is why if you have an eye for architecture, you will notice that the house is influenced by these architectural styles. The house was made of ironwood or ‘balayong’.

The second floor of the house is an art gallery filled with paintings and sketches of famous artists such as Juan Luna, Fernando Amorsolo, Ang Kiukok and more.

The feature of this house is not just the house itself but the famous tour guide that witnessed the stories of the past.

Ramon Hofileña shared the many stories of his childhood, what life was before the internet, and how he fought Ferdinand Marcos and became successful with the drive to protect vintage architecture in the Philippines.

He is one of the many Filipino heroes that textbooks don’t tell about. Without people like him, we would have less knowledge of our heritage.

Of course, as a foodie, El Ideal holds a precious place in my heart. El Ideal is one of the oldest heritage sites in the Philippines that teaches Filipino history through the palate. El Ideal serves delectable bread and pastries since the 1920s. It is a privilege to have a taste of what people in the past eat.

They are famous for their sweet and juicy guapple pie. They also serve classic Ilonggo pastry treats such as broas, biscocho, principe and etc.

Also, I really would like to highlight that they serve the best empanada. I have tasted Vigan’s famous empanada but I find El Ideal’s empanada yet the best. The bread texture is like that of a croissant, the meat is especially juicy and the taste is empowered by the egg.

If you happen to visit Bacolod City, include Silay City to the itinerary. It should be every Filipino’s obligation to pay homage to our heritage. We should be inclusive to the heritage we pay homage to. We are an island of different stories and people and it is liberating to know about the rich culture, tradition, and heritage in different regions.

One thought on “Silay City: The Hidden Museum City After Vigan”

Leave a Reply to the #1 Itinerary Cancel reply

This site uses Akismet to reduce spam. Learn how your comment data is processed.